Who Do You Think You Are? Live has well and truly kicked off in style for its eighth year. The three-day show is packed with talks, celebrities, and advice from the experts – photo dating, military, DNA testing and more – so you’re bound to expand your genealogical knowledge. 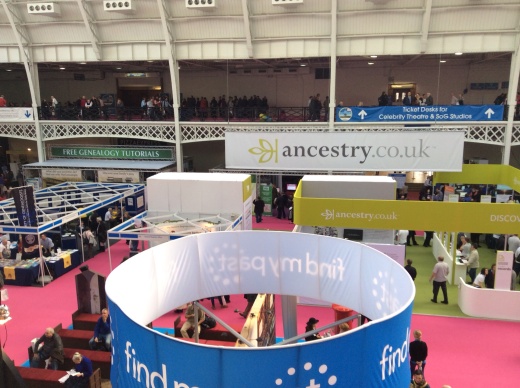 6pm: That’s all for this year. Hope you’ve enjoyed tuning in to London Oral History‘s liveblog!

5.30pm: The show is wrapping up. Exhibitors get a last rush of visitors.

5pm: I check out the exhibitor stands. Some catchy photos from the Friends of the Metropolitan Police History and an engaging talk by Find My Past: 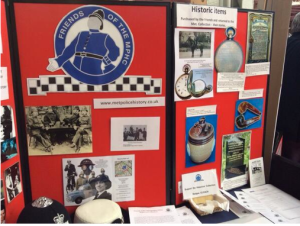 Else Churchill of the Society of Genealogists chats about the success of this year’s show.

4pm: I head to Eileen M. Ó Dúill‘s talk on taking your genealogical career from amateur to professional.

Starting out as a professional genealogist

How to make the process more engaging

3pm: Free genealogy tutorials are running on the ground floor. 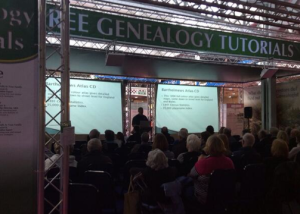 But it’s time for some regional advice from the Ancestry Academy! The archivist uses the Brontës as an example of how to trace a family in parish records. We get to see Charlotte Brontë’s marriage certificate (it lasted just a year due to her early death at age 38) and see the signature of her father Reverend Patrick Brontë, who sometimes celebrated up to two weddings a day. Spelling can vary greatly in these records. Have a look at maps from the period – they can be helpful.

2.15pm: Our first Society of Genealogist workshop of the day. Kirsty Gray (Chairperson of the Guild of One-Name Studies) discusses women in World War One. She focuses on several women who played important roles in the war, such as Dorothy Lawrence, a war reporter. She made a home made corset, borrowed a military uniform and served for 2 weeks, getting the “scoop of her life”. For 39 years, Dorothy lived in either a hospital or in an asylum. “A tragic end to what could have been a brilliant life,” says Kirsty. 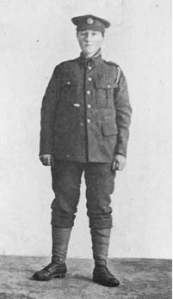 Then she tells us about Edith Louisa Cavell (1865-1915), who impressed on nurses that – irrespective of nationality – they were there to serve. She was executed by a firing squad. Kirsty mentions an account by Cavell that recalls: “I have seen death so often that it is not fearful to me.” 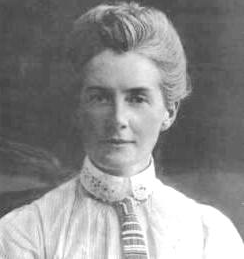 She then mentions Edith Elizabeth Appleton, a nurse whose letters were discovered in April 2009 regarding her movements during the war. She also kept a handwritten diary from 1914.

An illustration from Edith’s diary.

“Employers took on female staff on the understanding that it was a stop-gap measure,” says Kirsty. In 1925, the Women’s March in London happened. “After that, far more women were doing their bit.” Some men refused point-blank to work with women and put together formal proposals to say work was dangerous for women, e.g. on tramways. But the legacy of these women endured: they changed society’s attitude in many ways. By then, women smoked, wore trousers and cosmetics in public, and practiced organised sport in public, all of which had previously been forbidden. 2pm: I wander to the Family Tree Magazine stall to pick up some photo dating tips from dress historian Jayne Shrimpton.

Final day of photograph dating @WDYTYALIVE Join me on the @familytreemaguk stand today – hope to see you there! — Jayne Shrimpton (@JayneShrimpton) February 22, 2014

She’s far more helpful than the photo experts upstairs. Her keen eye for the fashions of the day allows her to come to quick deductions. Not only does she take a genuine interest in the ancestors you’re showing her, she even sets the scene for you.

She says this photo (below) of my great-great-grandparents, Daniel McKenna and Mary Hanafin, was probably taken just before the First World War. It’s a studio portrait, so it was most likely celebrating a landmark wedding anniversary, while she can tell from the length of their daughter Hannah’s hair in the following photo that it was taken when she was still a teenager, probably in the same decade. 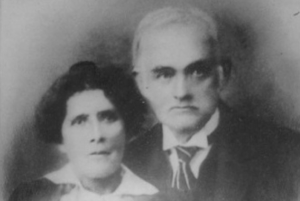 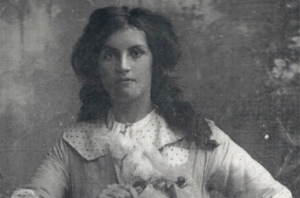 1pm: What has been likened to “a speed dating session” at Ask The Experts proves to be a fun 20 minutes.

‘Ask the experts’ area is up on the gallery. A bit like speed dating. #wdytyalive pic.twitter.com/NHPsuICRKn

I’ve now joined the endless queue for photo dating. It doesn’t give great results, with just one “general” expert at hand. It’s better for military.

I see this poster en route:

10.45am: Former WDYTYA? television series producer Alex Graham (City University London alumnus), who was interviewed at the show yesterday, reveals to London Oral History that he may return next year and even take the show on tour!

@ldnoralhistory @wdytya @WDYTYALIVE I hope so! Who knows? We might even take it on tour! — Alexander Graham (@alexwtw) February 22, 2014

10.15am: An enjoyable 45 minutes spent in the company of Colin Jackson and Tessa Dunlop as Colin discusses his genealogical exploration in the TV series.

“What was interesting for me was seeing the documentation that my forefathers signed,” says Colin. He also adds that he wouldn’t have had his genealogy traced by the TV show if his family hadn’t approved first.

This video by Show Director Andy Healy gives great tips for what to see at Who Do You Think You Are? Live.